The Taj Mahal is a huge mausoleum complex commissioned in 1632 by the Mughal Emperor Shah Jahan to house the remains of his beloved wife. Built over a span of 20 years on the southern bank of the Yamuna River in Agra, India, the famous complex is one of the most notable examples of Mughal architecture, combining Indian, Persian and Islamic influences. At its center is the Taj Mahal, built of glistening white marble that appears to change color depending on the daylight.

Designated in 1983 as a UNESCO World Heritage Site, it remains one of the most famous structures in the world and a stunning symbol of India’s rich history.

Shah Jahan was a member of the Mughal dynasty that ruled most of northern India from the early 16th to mid-18th centuries. After the death of his father, King Jahangir, in 1627, Shah Jahan emerged as the winner of a bitter power struggle with his brothers and crowned himself emperor in Agra in 1628.

At his side was Arjumand Banu Begum, better known as Mumtaz Mahal (“Chosen One of the Palace”), whom he married in 1612 and loved being the favorite of his three queens.

In 1631, Mumtaz Mahal died after giving birth to the couple’s fourteenth child. Heartbreaking Shah Jahan, known for commissioning a number of impressive structures throughout his reign, ordered the construction of a magnificent mausoleum across the Yamuna River from his royal palace in Agra.

Construction began around 1632 and continued for the next two decades. The chief architect was probably Ustad Ahmad Lahouri, an Indian of Persian descent who would later be credited with designing the Red Fort in Delhi.

In all, more than 20,000 workers from India, Persia, Europe and the Ottoman Empire, along with around 1,000 elephants, were brought in to build the mausoleum complex. 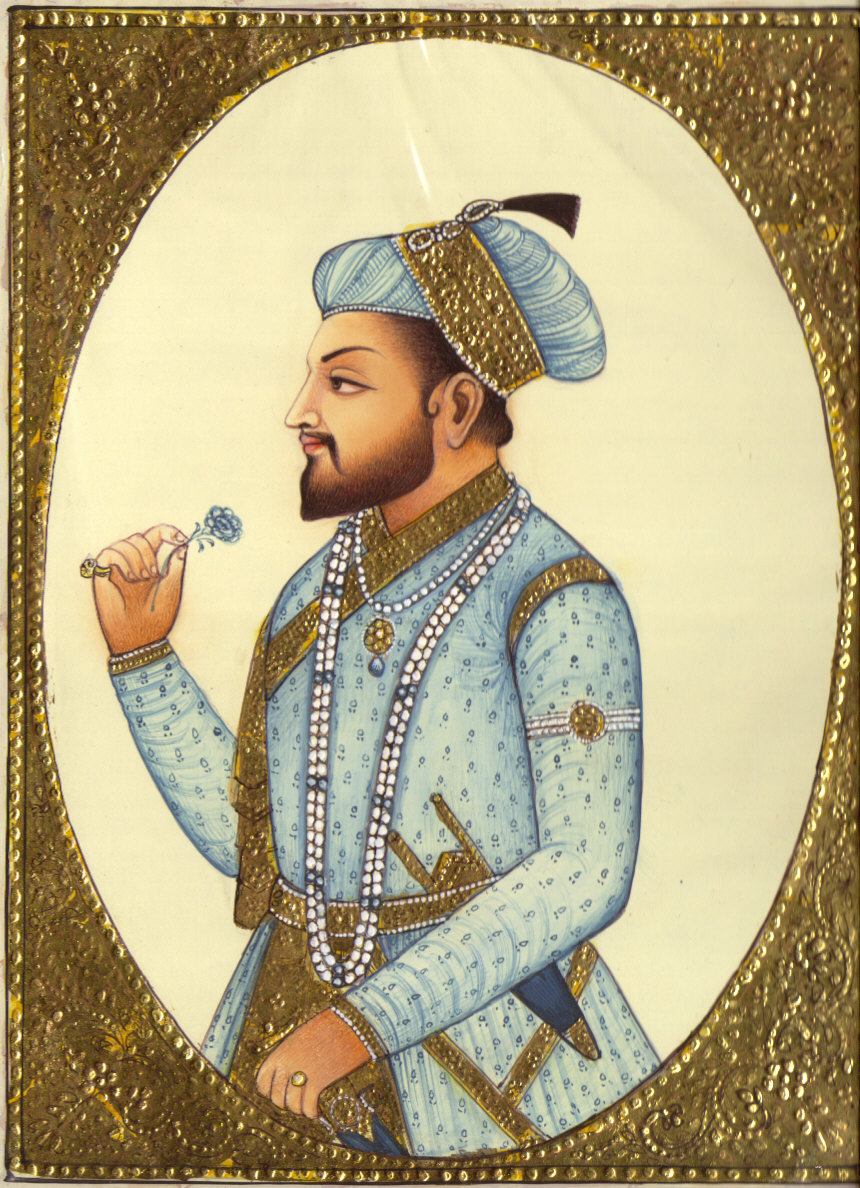 Design and construction of the Taj Mahal

Named Taj Mahal in honor of Mumtaz Mahal, the mausoleum was constructed of white marble inlaid with semi-precious stones (including jade, crystal, lapis lazuli, amethyst, and turquoise) that form intricate designs in a technique known as hard stone.

Its central dome reaches a height of 240 feet (73 meters) and is surrounded by four smaller domes; four slender towers, or minarets, stood at the corners. In accordance with the traditions of Islam, verses from the Quran have been inscribed in calligraphy on the arched entrances of the mausoleum, as well as numerous other sections of the complex.

Inside the mausoleum, an octagonal marble chamber adorned with carvings and semi-precious stones housed the cenotaph, or false tomb, of Mumtaz Mahal. The actual sarcophagus which contained his royal remains lay below, at the garden level.

The rest of the Taj Mahal complex included a red sandstone main gate and a square garden divided into quarters by long pools of water, as well as a red sandstone mosque and an identical building called a jawab (or “mirror”) facing the mosque. Traditional Mughal building practice would not allow for future modifications to the complex.

According to legend, Shah Jahan intended to build a second large mausoleum on the Yamuna River from the Taj Mahal, where his own remains would be buried when he died; the two structures had to be connected by a bridge.

In fact, Aurangzeb (Shah Jahan’s third son with Mumtaz Mahal) deposed his ailing father in 1658 and took power on his own. Shah Jahan spent the last years of his life under house arrest in a tower of the Red Fort in Agra, with a view of the majestic resting place he had built for his wife; when he died in 1666 he was buried next to her.

Did you know?
According to a gruesome (and most likely sensational) story, Shah Jahan had the hands of the architect of the Taj Mahal and his workers cut off after the structure was completed, ensuring that they would never build another of its kind.

The Taj Mahal was built by the Mughal Emperor Shah Jahān (reigned 1628-58) to make his wife Mumtāz Maḥal (“Chosen One of the Palace”) immortal. The name Taj Mahal is a derivation of his name. She died in childbirth in 1631, having been the emperor’s inseparable companion since their marriage in 1612. The plans for the complex have been attributed to various architects of the period, although the chief architect was probably Ustad Aḥmad Lahawrī, an Indian of Persian descent. The five main elements of the complex – main gateway, garden, mosque. jawab (literally “answer”, a building that mirrors the mosque), and the mausoleum (including its four minarets) – were conceived and designed as a unitary entity according to the principles of Mughal building practice, which did not allow further additions or alterations. The building began around 1632. More than 20,000 workers were employed by India, Persia, the Ottoman Empire and Europe to complete the mausoleum itself around 1638-39; the secondary buildings were finished in 1643, and the decoration works continued until at least 1647. In total, the construction of the 42-acre (17 hectare) complex spanned 22 years.

One tradition relates that Shah Jahān originally intended to build another mausoleum across the river to house his own remains. That structure must have been built of black marble and was to be connected by a bridge to the Taj Mahal. He was deposed in 1658 by his son Aurangzeb, however, and was imprisoned for the rest of his life in the Agra Fort. 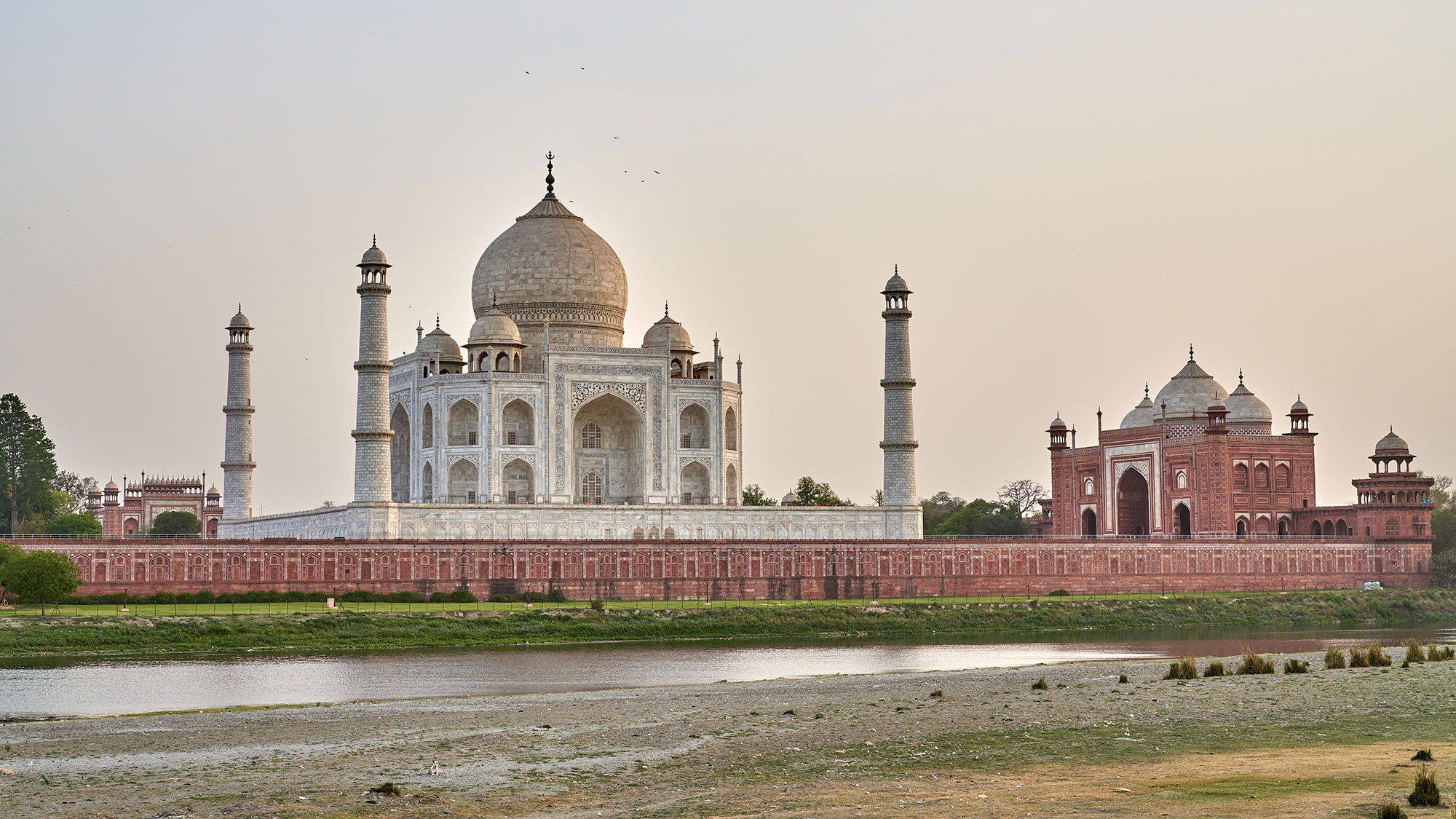 Taj Mahal over the years

Under Aurangzeb’s long rule (1658-1707), the Mughal empire reached the pinnacle of its strength. However, his militant Muslim policies, including the destruction of many Hindu temples and shrines, undermined the enduring strength of the empire and brought it to an end by the mid-18th century.

Even as Mughal power crumbled, the Taj Mahal suffered from neglect and ruin in the two centuries following Shah Jahan’s death. In the late 19th century, Lord Curzon, then the British Viceroy of India, ordered a major restoration of the mausoleum complex as part of a colonial effort to preserve India’s artistic and cultural heritage.

Today, around 3 million people a year (or around 45,000 a day during the peak tourist season) visit the Taj Mahal.

Air pollution from nearby factories and automobiles poses a continuing threat to the mausoleum’s gleaming white marble facade, and in 1998, the Indian Supreme Court ordered a series of anti-pollution measures to protect the building from deterioration. Some factories were closed, while vehicular traffic was banned from the immediate vicinity of the complex.