Eight secrets of the Taj Mahal

For first-time visitors to India, it is nearly impossible to skip the Taj Mahal bucket. The Agra Mausoleum is India’s most famous monument and a sublime sanctuary for eternal love. Built between 1632 and 1647 by the Mughal Emperor Shah Jahan, the Taj Mahal was dedicated to Jahan’s favorite wife, Mumtaz Mahal, who died in childbirth.

But despite its iconic stature, much of its history is still shrouded in mystery. Here are some things about the marble-clad wonder you may not have known about.

Optical illusions can be found everywhere

The architects and craftsmen of the Taj Mahal were masters of proportions and eye tricks. For example, when you first approach the main gate framing the Taj, the monument appears incredibly close and large. But as you get close, it shrinks in size, just the opposite of what you would expect. And although the minarets surrounding the tomb appear to stand perfectly, the towers actually protrude outward, which serves for both form and function: in addition to providing aesthetic balance, the pillars crumble from the crypt. main in a disaster such as an earthquake.

The most famous myth is probably false

According to a popular legend, Shah Jahan desperately wanted the mausoleum to be an exquisite masterpiece without equal. To make sure no one could recreate the beauty of the Taj Mahal, Shah Jahan allegedly cut off his hands and carved out the eyes of the craftsmen and craftsmen. Despite the prevalence of this gruesome tale, historians have found no evidence to support the story, although it increases the drama of the romantic tragedy.

Both cenotaphs are empty

Inside the Taj Mahal, the cenotaphs honoring Mumtaz Mahal and Shah Jahan are enclosed in an eight-sided chamber decorated with hard stone (an inlay with semi-precious stones) and a marble lattice screen. But the beautiful monuments are for show only: the real sarcophagi are in a quiet room, at the garden level.

It is (almost) perfectly symmetrical

The Taj Mahal is the pinnacle of Mughal architecture, built with flawless symmetry according to the style doctrines of the period. Minarets flank the domed tomb, and a central pool reflects the main building. The gardens – an earthly representation of paradise – are divided into quadrants, and the twin red sandstone buildings (an east-facing mosque and a west-facing house) give the mausoleum complex a balanced harmony. There is, however, one exception. Shah Jahan’s cenotaph is uniquely positioned west of the central axis, eliminating the balance. The strange location has led many to believe that he never wanted to be buried there.

The Taj gets regular facials

Age and pollution have taken a toll on the Taj Mahal’s gleaming white marble facade, which has taken on a brownish-yellow color under sooty conditions. Certainly, a spa day is assigned to the monument. Specifically, a modpack face called multani mitti. This traditional recipe used by Indian women to restore brightness is applied and then washed off with brushes, after which the imperfections of the Taj vanish and its glow returns.

Change color throughout the day

One of the draws of the Taj Mahal is its ever-changing hue. From sunrise to sunset, the sun transforms the mausoleum. It can appear pearly gray and pale pink at dawn, dazzling white at noon, and orange bronze when the sun sets. In the evening, the Taj may appear translucent blue. Special tickets are also sold for full moon and eclipse views. 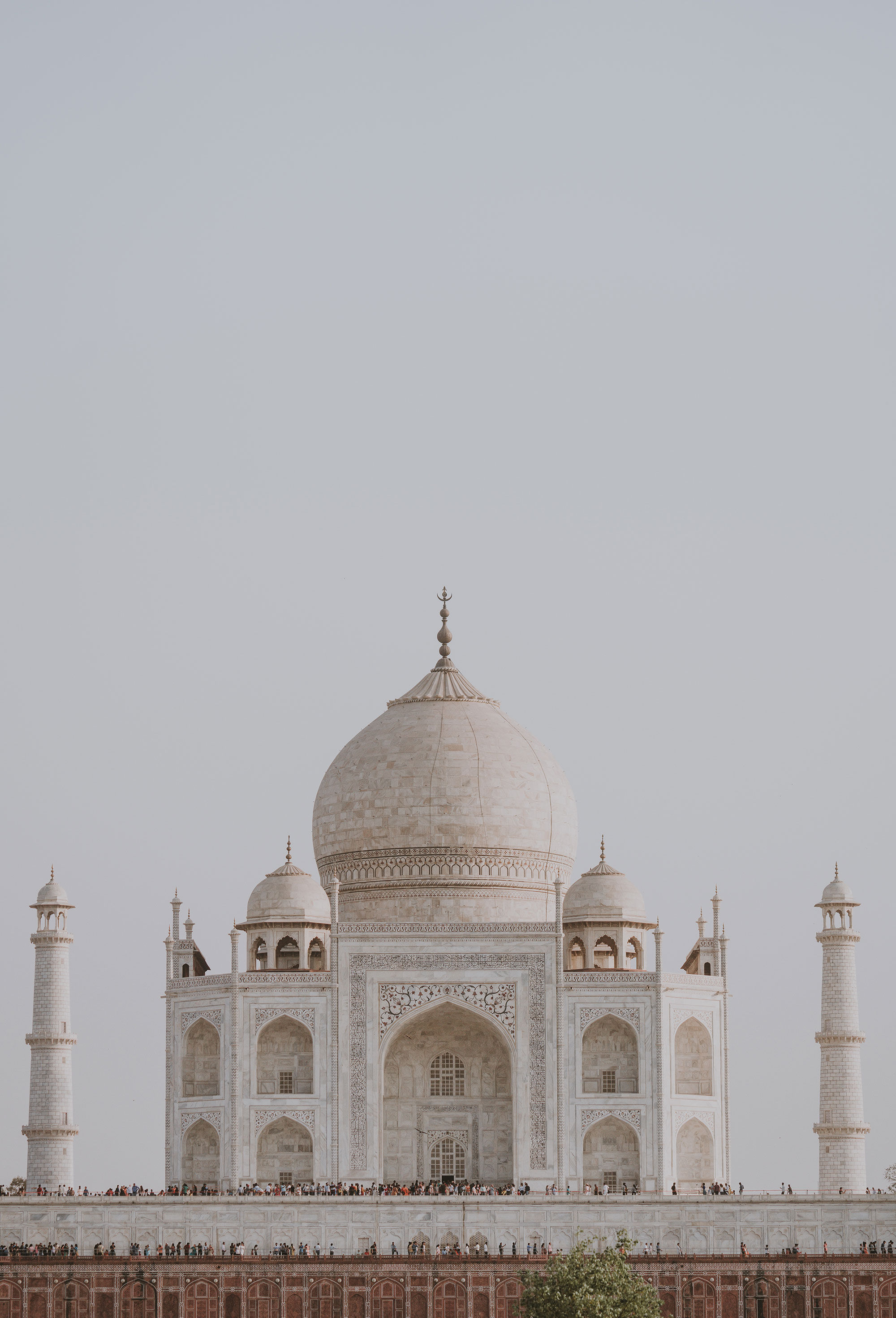 A second Taj Mahal in black marble was planned

Remember the random location of Shah Jahan’s cenotaph? Local lore says that Shah Jahan wanted to build a shadow image across the Yamuna River: an identical but opposite Taj Mahal, carved from black marble, where he would be buried. Construction was said to have stopped after Shah Jahan was deposed by his son (ironically, a son of Mumtaz Mahal) and imprisoned in nearby Agra Fort. Some historians have dismissed this story as folklore as well.

Accounts showed that, as a leader, Shah Jahan was more ruthless than romantic. For all its associations of devotion and ardor, the Taj was also a source of propaganda. The orderly symmetry of the complex symbolizes absolute power, the perfection of Mughal leadership. And its grand scale and extravagance (crystal, lapis lazuli, makrana marble, turquoise) only brought glory to the reign of Shah Jahan.